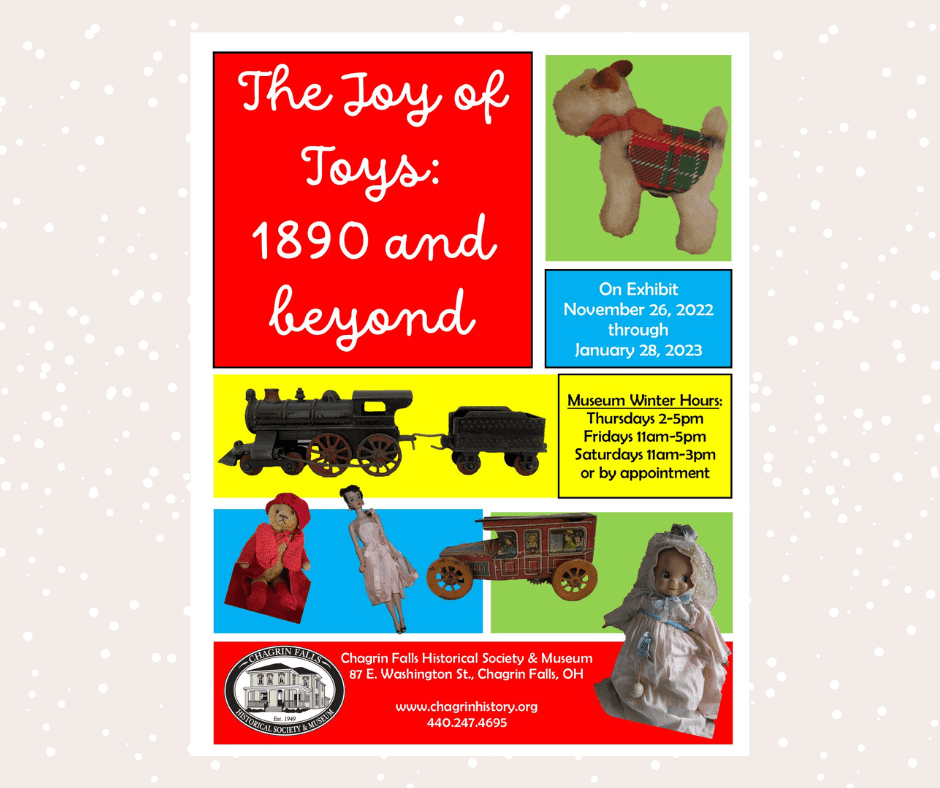 The Chagrin Falls Historical Society & Museum’s new exhibit “The Joy of Toys: 1890 & Beyond” opens November 26th and will run through January 28th. The holidays are a wonderful time for toys! Take a walk down memory lane and maybe see some of your childhood favorites. This is a family friendly exhibit! It will […] 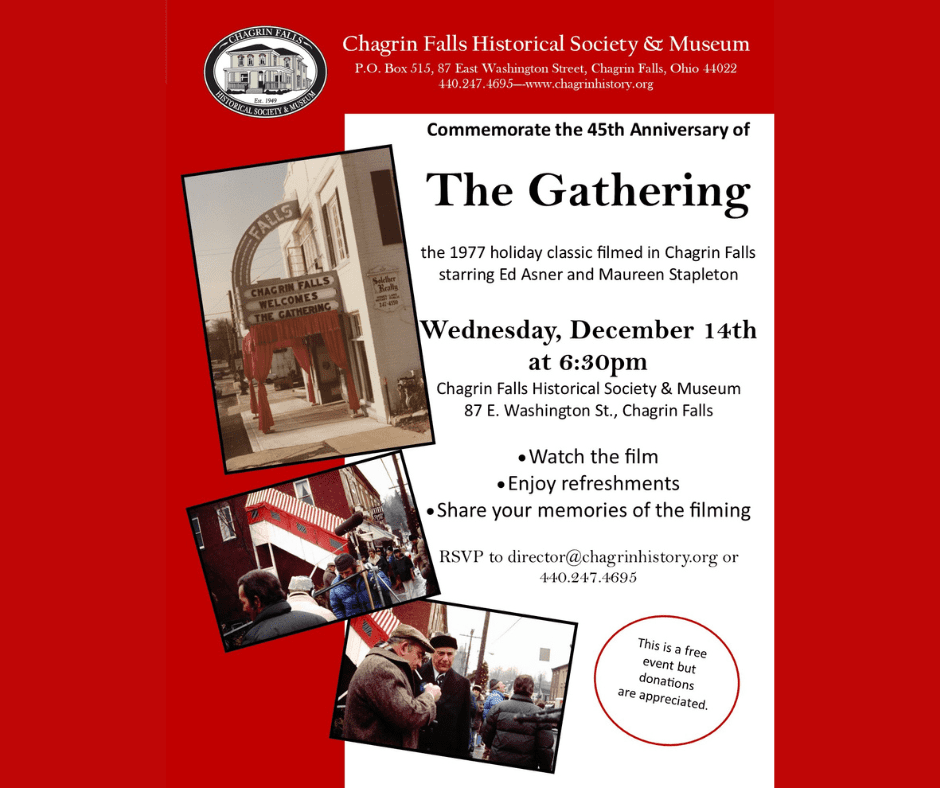 Join the Chagrin Falls Historical Society & Museum as we commemorate the 45th Anniversary of The Gathering, the 1977 holiday classic which was filmed in Chagrin Falls starred Ed Asner and Maureen Stapleton. This made- for-tv movie was about a dying executive who arranges a final Christmas reunion with his estranged wife and adult children. […]