An event every week that begins at 7:30 pm on Friday and Saturday, happening 6 times 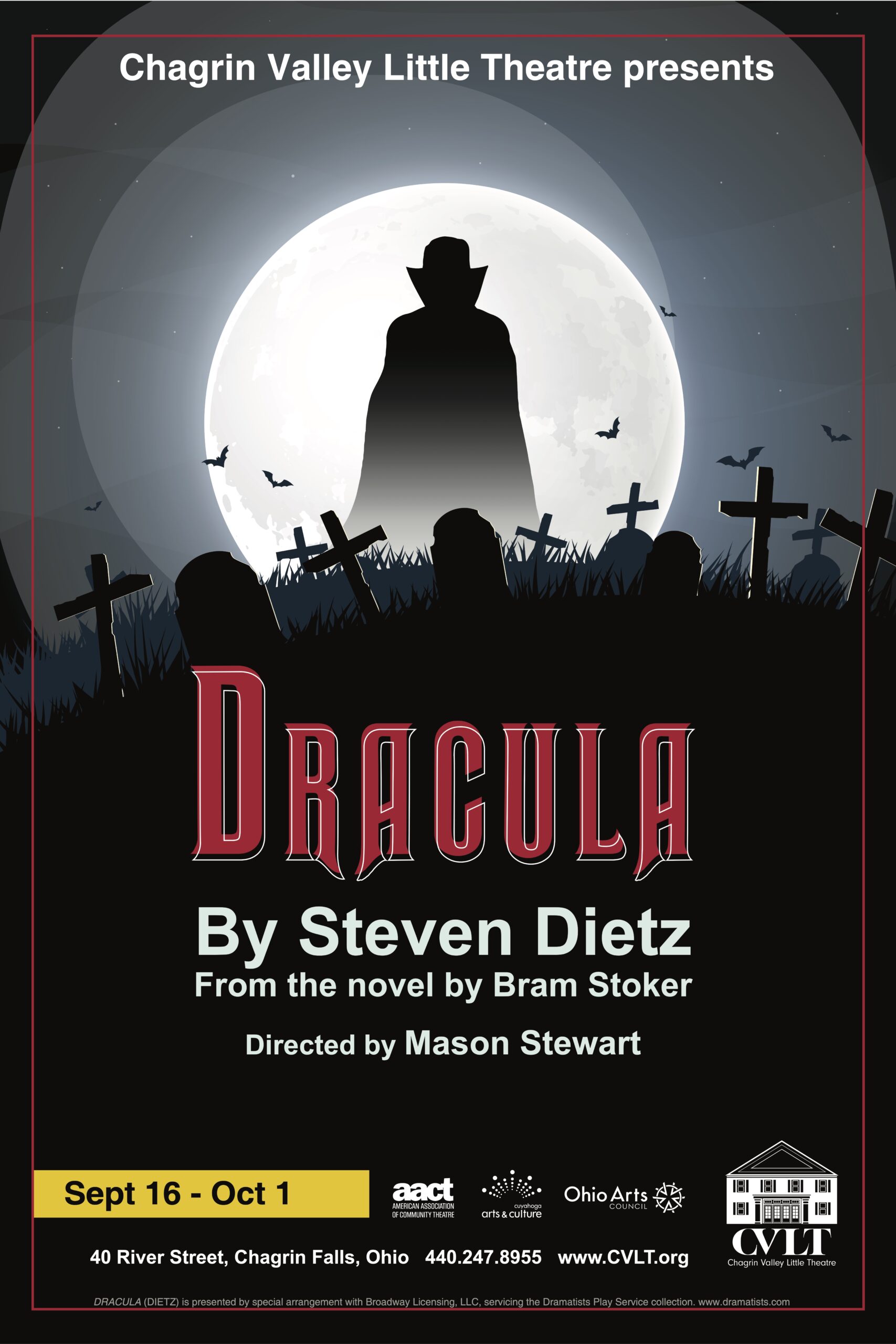 NOTE: This production makes use of strobe and fog effects. The content is intended for mature audiences.

Chagrin Valley Little Theatre plants a stake in your Halloween season with Steven Dietz’s spooky adaptation of Bram Stoker’s DRACULA. Dietz, who is one of the most produced playwrights in America, made an effort to stick to the original plot and language of Stoker’s genre-defining 1897 novel in his script. He avoids turning the famous Count into a metaphor, and focuses solely on making him “a brilliant, seductive, fanged beast waiting to suck the blood from your throat.”

Although the play isn’t intended for children and has its share of blood, audiences shouldn’t expect anything too gory or salacious. Director Mason Stewart describes it as “a spine-tingling, unsettling, PG-13 thriller.”

The play chronicles the journey of Count Dracula (played by Will Mortensen) from Transylvania to England, where he stalks young Mina (Mayim Hamblen) and her best friend Lucy (Grace Feidt). The vampire’s pursuit is hampered by Mina’s fiancé Jonathan (Dan Bednar) and his associates, including Dr. Seward (Christopher Wuehler) and his old professor Dr. Van Helsing (Kevin Jones).

As the friends try to stay one step ahead of the monster, literally risking their necks to piece together and foil his murderous plans, audiences will also meet Dr. Seward’s mad patient, Renfield (Jackson Coughlin), who serves as light comic relief and occasional narrator. Hannah Elwood and Amanda Nyx round out the cast as Dracula’s seductive minions and other characters.